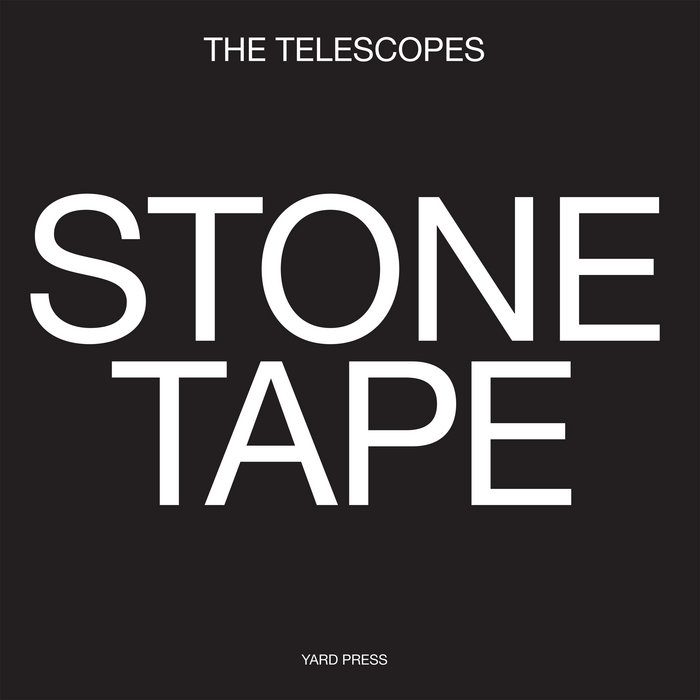 johnrkj A great release with a droning and sometimes "shaman chant" sound. Really transports you with its atmospheres. A strong release for sure. Favorite track: The Speaking Stones.

Thibaut Devigne the telescopes provide another stunning post rock / ambiant album, revolving around guitars used as drones. I discovered them only recently but am fond of their releases so far. Favorite track: The Desert In Your Heart.

Stone Tape Theory speculates that inanimate materials can absorb energy from living beings, that electrical mental impressions released during emotional or traumatic events may somehow be “stored” in such materials and “replayed” under certain conditions.

Theorised by the archaeologist, parapsychologist and explorer Thomas Charles Lethbridge in 1961.

It's been a prolific year for Stephen Lawrie having released two albums in 2017. The second of those Stone Tape came out last month on Italian label Yard Press and is a much more stripped back affair than its predecessor As Light Return.
(Dom Gourlay- Drowned In Sound. Some Velvet Mixtape - 30 best albums of 2017)

Close your eyes for added effect and hit repeat – by the end of round 3 you’ll be hitting the peyote sands of shamanic trance territory.
(Paul Scott-Bates- Louder Than War)

Classic electric psychedelic drone that invests the listener. Within this stormy sea of sound, there are subtle notes of acoustic guitar and pain, as well as a whispered voice. ENERGIES CAPTURED IN A BLACK DISC.
(Gianluca Polverari- Rockerilla)

Easily their most accessible and immersive listening experience to date.
(Mark Barton- The Sunday Experience)

Stone Tape is a spare six-song offering of sheer power and aching beauty–a hushed urgency somehow burns through the LP’s spartan arrangements with an immediacy that’s as rousing as it is crushing. Fronted by Stephen Lawrie, the legendary band has never sounded better.
(Alex Green- Stereo Embers)

Nietzsche contemplated staring into the abyss, this is the sound of the abyss staring back.
(Dave Franklin- Dancing About Architecture)

A coherent and focussed concept album by mixing drones with chord progressions, lyrically-dense songs with more concise ones. Ten albums into his career, Lawrie has long known how to structure an album so it flows to the end.  It’s a 10 (of course, it’s a 10). 10/10
(Sean Hewson- Soundblab. Albums Of The Year)

It will relax you into a blissful state of relaxation. Don’t operate any heavy machinery while this is spilling through your earbuds.
(Robert Ham- Paste)

Stone Tape is a completely immersive sonic experience, deserved of praise and one of the best collection of tracks that I’ve heard this year so far. 5/5
(Del Chaney- Primal Music Blog)

An album of extreme simplicity, on first listen, which presents sounds and instruments combined together into simple layers. But it opens up on repeat listens, drawing us into a soundworld that is refined and elegant, but with a tense heart beneath, like all the best psych.
(Dan Haycock- Echoes And Dust)

Stone Tape is psychedelic in all terms, but hides an endless white in its tweaked content which is actually a work of art. I can’t imagine how The Telescopes’ next record will sound, because Stephen Lawrie seems to be on a versatile streak and all predictions may fall down.
(Mike D- Noise Journal. Artist Of The Week + Best Of 2017)

How many bands can release eight albums over a thirty-odd year period, then come up with two of their best within six months? As Light Return was a return to their best… then Stone Tape probably bettered it.
(Fred Smith- Wild Eye Music. Album of the year).

A sound experience that leaves no way out once you have the courage to make it your own.
(Ben Moro- Indie For Bunnies. Best of 2017)

A combination of ambient noise and droning spirituality with a psycahdelic ferver matched only with the underground classics.
(Jammerzine)

These drawled-out dreamscapes are enormously pleasurable to listen to. Set aside some time and give this one a spin for further indication of the continued, if sometimes neglected, genius of Mr. Stephen Lawrie.
(Geln Kenixfan- A Pessimist Is Never Disappointed)

Truly very few bands in the realm of psychedelic and shoegaze music come close to the story of The Telescopes. Described as “the all embracing maelstrom” by Melody Maker back in 1989, the world is no less enthusiastic about these Creation Records legends today.
(The Fat Angel Sings)

Soundtracking the ‘slipping through the floor’ weightiness of a heavy trip, the knockout punch of a needle, the glazed-over trance after it gets into your blood.
(David Hampton - Sly Vinyl)

Overwhelming and amazing, emotionally punchy but at the same time uplifting.
(Psychgazer)

It’s an eerie, unsettling, atmospheric tune that gets under your skin from the outset in a seriously adrenalizing way, with a downbeat blend of drones, tambourine crashes and blurry vocals.
(Nick Perry- 50ThirdAnd3RD)

The Telescopes is a band that serves as an example to demonstrate that creativity, when it is constantly exercised, has no expiration date.
(Best Of 2017 El Santo Del Rock)

You could see The Telescopes' album as a long single song, with different moods but with a unity of thought.
(Fabio Alcini- Musictracks)

Evokes a deep vibe where the listener is enveloped in a dense, immersive sonic experience.
(Floorshimezipperboots Blog. Best of 2018)

Psychedelic spirals, whispered words that seem to arrive from the afterlife, reverberations, distortions and all the space-psych armory, but in slow motion.
(Massimo Garofalo- Rockshock)

Moments of extreme purity, to be enjoyed before returning to the most toxic and dark atmospheres.
(Rossella Gazzelloni- Extra Music Magazine)

Six tracks all permeated with spectral suggestions manifested in the form of psychedelic litanies.
(Sotomayor- Debaser. 3/5)