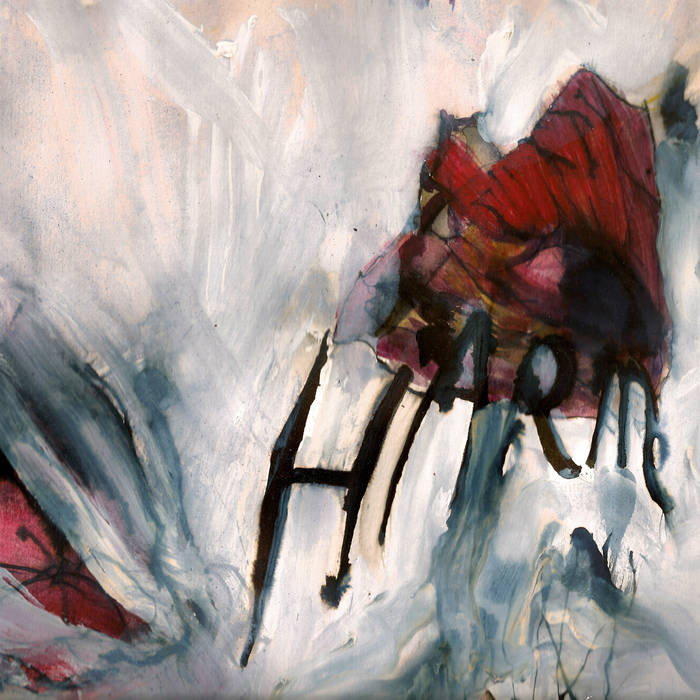 Comes with a free 8 minute movie download for 'held'.
Created by Blood Meridian.

"a visceral exercise in harshly constructed noise."
(drowned in sound)

"psychotropic whiteout"
(god is in the tv)

"awakens other consciousness..
...surreal and frightening".
(sound of violence)

"two titles that will carry you into space..
worthy heir of suicide and the velvet underground".
(pixbear)

"transcends psychedelia, truly ‘breaking through’ in to the realms of space rock, a perfect accompaniment to the cloying dystopia of novels such as Brave New World or Do Androids Dream of Electric Sheep."
(far out magazine)

"compendium of space rock , drone and distortion."
(the commercial zone)

"he reaches the unknown;
and even if, crazed, he cannot speak his visions,
at least he has seen them."

for those who reach beyond the sun.

HARM is the 7th album from The Telescopes. Developed live,
between 3 separate line ups, over a course of 12 months. The
whole album was recorded entirely in one take, without any
overdubs. All instruments tuned to 444 Hz. With original
artwork and design from Bridget Hayden.

On these recordings The Telescopes are..